ToonsTV comes to your TV with Apple TV!

If you’re following Angry Birds on Twitter (and of course you should be), you may have noticed a Tweet a while back with a pretty exciting announcement:

You can now play #AngryBirdsGO on #AppleTV – With gyroscopic steering and all. pic.twitter.com/H7WBWsWNzl

Yup, Angry Birds Go! made the jump to the bigger screen for Apple TV, and bigger is better, right? Always.

Keeping that maxim in mind, let’s get to the crux of the biscuit. So you’ve been watching ToonsTV through the Angry Birds games, then in your browser, then in the ToonsTV app, and now you might be asking yourself “It’s called ‘ToonsTV,’ what if I could watch this on my TV?” To that we say, “One step ahead of you.

“Starting today, you can download the ToonsTV app in the Apple TV App Store. Get the app (it’s free!) and watch all the Angry Birds Toons goodness, and incredible non-Angry Birds shows like Wallace and Gromit, Shaun the Sheep, and National Geographic’s Zooville – right on the beautiful, giant, glowing, Apple TV-equipped screen in your living room!

“Also, with Easter just around the corner, we’ve got a special channel dedicated to that most egg-celent of holidays. Tune in to Eggs, Eggs, Eggs! for a collection of egg-centric clips from Angry Birds Toons, mesmerising surprise egg unwrapping videos, and more!”
What do you say to that? Grab the ToonsTV for Apple TV app in the Apple TV App Store! 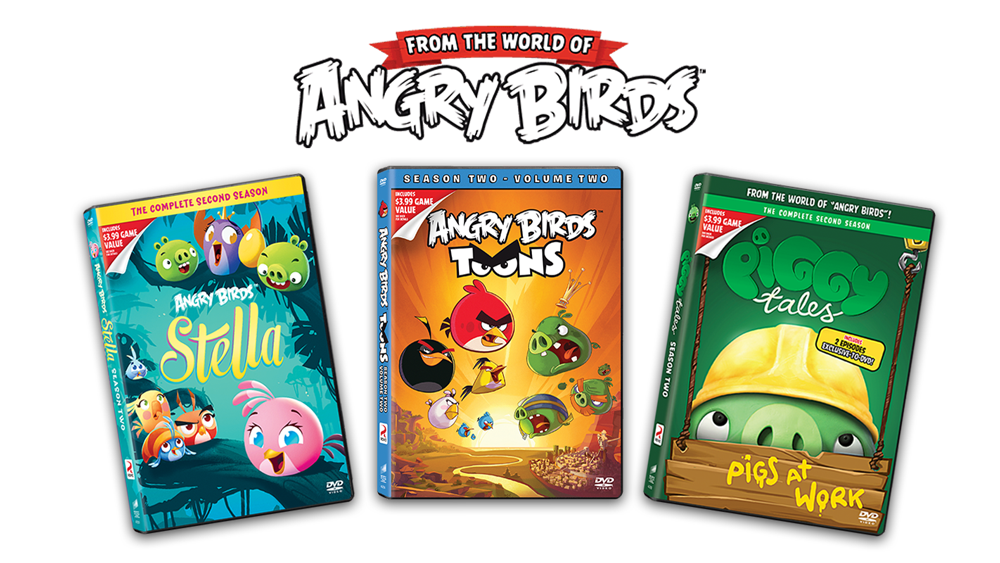 If you’ve picked up our first set of Toons DVDs, and you’re waiting for the next piece for your collection, you’re in luck. A new set of Angry Birds DVDs is now available just in time for Easter! You can finally catch the last half of Angry Birds Toons Season 2!