Love is in the air, and so are the birds!

Soon, Valentine’s Day will be upon us, and the sun will be blacked out by millions of arrows sent aloft by Cupid and his cherubic armies. Ready your slingshots, and fight back with birds, bubbles, and balloons in a bundle of new updates!

Everyone knows the way to a bird’s heart is through it’s hat. It follows that the Valentine’s celebration in Angry Birds 2 includes a fetching set of new headwear. They are quite fetching, and in addition to being fetching, they’ll also fetch you some score multipliers when your birds are wearing them.

It’s not all hats and high scores though, there are also 80 new levels to fling your birds into. Play them in the new Hamsterdam and Missispiggy areas. 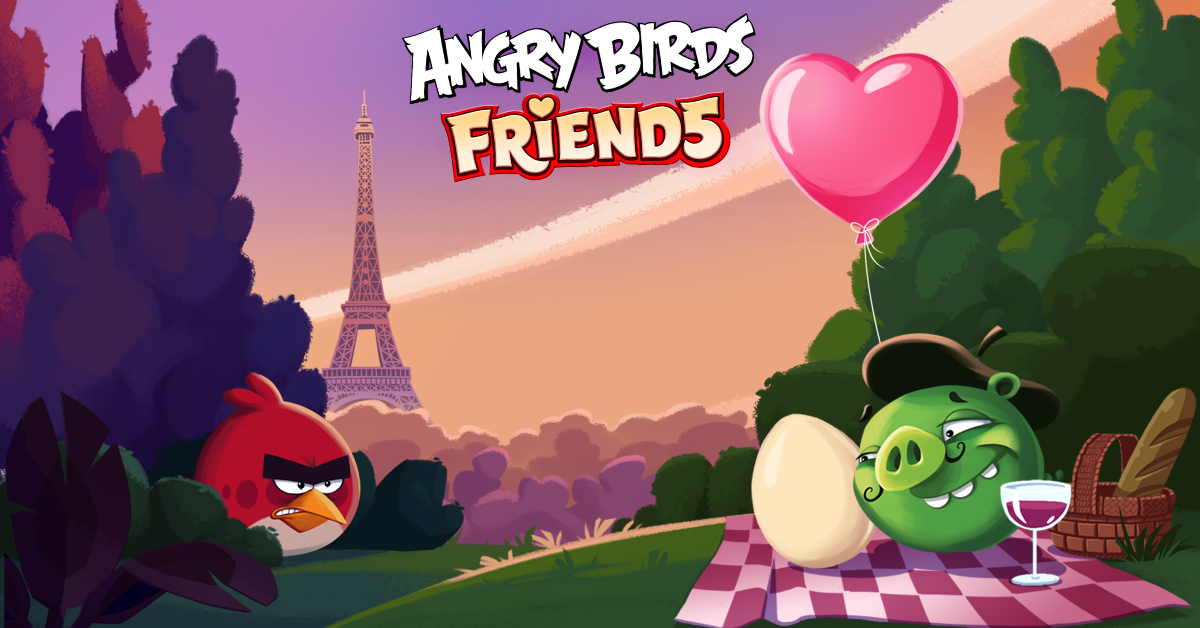 Not only is it Valentine’s Day, it’s also the 5th anniversary of Angry Birds Friends! Join the birds for a romantic anniversary getaway to the city of love, Paris – or as the French would say, Paris. It’s all in the pronunciation really. The egg-obsessed pigs have taken the eggs away for an intimate Parisian picnic, and that’s just weird. It’s up to you to put an end to it!

Let Hamsome Pig be your guide in an update so bursting with so much mushy romance, the splash screen has turned pink! Hamsome Pig’s got some new daily challenges for you to complete. Pop piggies to collect their roses for some nice rewards. There’s no point in even trying to resist. Such is the power of Hamsome!

No date for the big day? Not to worry. Hang out with Aunt Gale in an Angry Birds POP update where she’ll be paying a visit as a guest bird. The update also includes the usual 40 new levels to boot.

Love is certainly in the air. Just make sure it doesn’t land on you… Be careful out there.