GUEST POST: NASA takes us on an asteroid adventure! 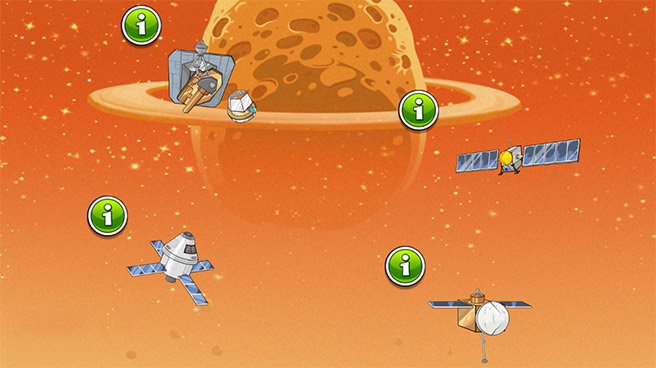 Today we have a special guest blog post from Lindley N. Johnson at NASA, digging deeper into the science side of asteroid research and exploration. Read more about the latest Angry Birds Space Beak Impact update here.

Do you have the right stuff for an asteroid adventure? Think you know how an asteroid will spin, move or break apart when it flies around a planet or hits something? Then you have a lot in common with NASA scientists and engineers solving some of the big questions and challenges posed by asteroids! And for you aspiring astronauts out there, get ready, because in the 2020s, we’re going to catch an asteroid, move it to orbit around the moon and send astronauts to go collect samples of it! (Yes, really!)

Asteroids play a big role in NASA’s exploration of the solar system. In fact, a human mission to an asteroid is one of the ways we plan to test new technologies we need to send humans to Mars. For scientists, asteroids are really interesting because they are left over parts from the formation of the solar system. These pristine samples can help us better understand how Earth and the other planets formed. Asteroids could even help us determine how life on Earth began!

But as any fan of dinosaurs could tell you, asteroids can be a real danger to life as well – which is one of the reasons NASA tracks them. We can spot any huge asteroids like the one that wiped out the dinosaurs and we know that we’re not in any danger from that kind of cataclysm for thousands of years. We’ve also found 97 percent of the other large asteroids near Earth’s orbit. Smaller asteroids though, like the one that hit Russia last year, can still pose dangers. These asteroids are harder to spot. Even when we see them, we don’t always know how big they really are, how fast they’re spinning, what they’re made of, or exactly how these small bodies will react to being moved around into safer orbital paths.

This means that improving our detection and understanding of asteroids is critical work for the future. And you can help! Through our Asteroid Grand Challenge, citizen scientists are working to find news ways to find the threats to Earth and determine what to do about them.

In addition to the work we’re already doing to track asteroid threats to Earth, NASA’s Asteroid Initiative is helping identify asteroids we could catch with a robotic spacecraft, or larger asteroids from which we could pluck a large boulder. We’ll move that asteroid mass to a stable orbit around the moon, where astronauts can get to it in the next decade. This will help us prove new techniques to go farther into space than ever before, while showing we can protect Earth from threats we identify.

Also, like the mining pigs in Angry Birds Space: Beak Impact, many people are interested in the natural resources asteroids might contain. Astronauts may be able to extract elements like hydrogen and oxygen. We maybe able to create air, water and even rocket fuel from those resources. Asteroids may also be rich in precious metals used in high tech electronics – rare on Earth but abundant in space.

As NASA expands human presence into the solar system, asteroids will continue to be objects of interest for scientific discovery and human exploration. So, master those Mighty Buzzard levels and keep practicing those Angry Bird-deflection techniques. Then join us at www.nasa.gov/asteroidinitiative to follow along as we explore the wonder of asteroids around us!