Guest Blog from Don Cheadle: The results are in. Thank you, Champions for Earth! 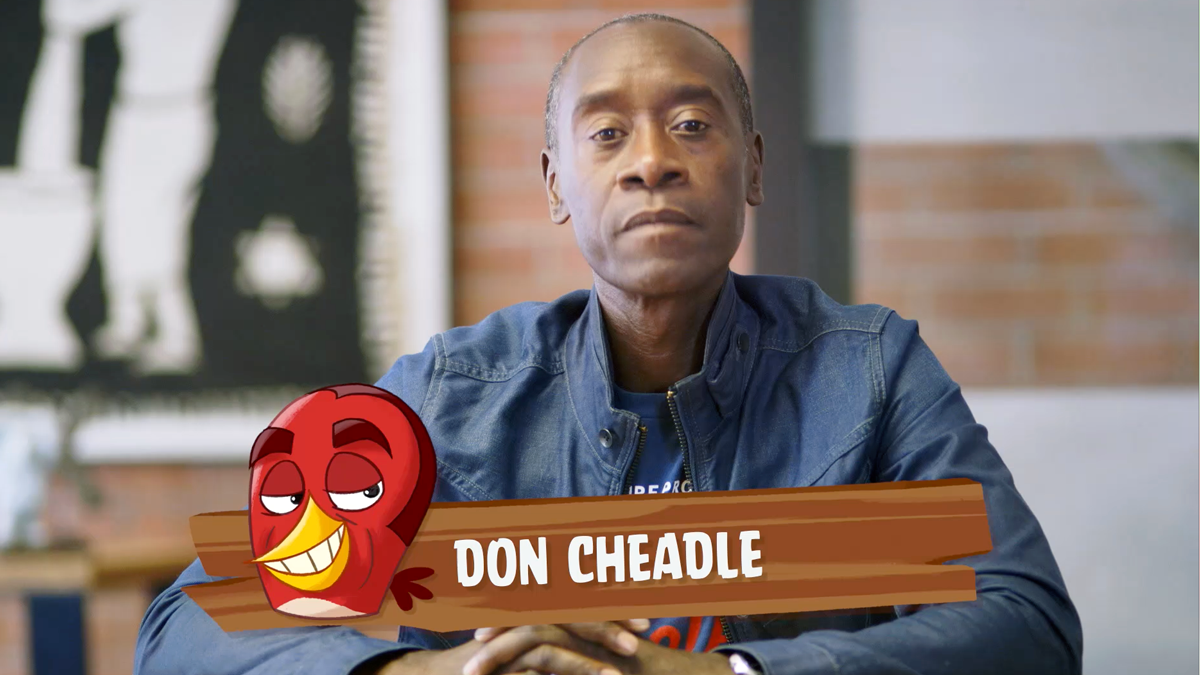 When Rovio and Earth Day Network approached me about becoming a Champion for Earth, they made me a bird I couldn’t refuse. Sure, I would get to appear as my own bird in Angry Birds Friends — and who hasn’t wanted to be flung recklessly toward some wobbling structure hastily improvised by green pigs? — but more importantly, they offered a new way to reach and activate millions of people around the world. We wanted to get angry about climate change and support The Canopy Project, a mission to plant at least 1 billion new trees within the next five years.

So how did we do? 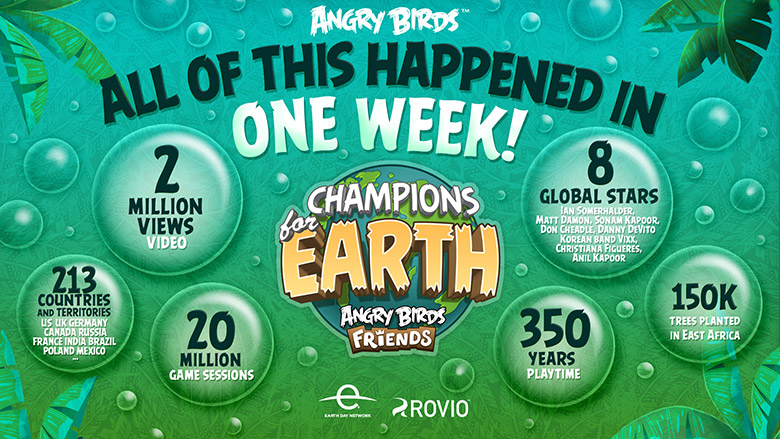 Over the course of the tournament, from September 21-27 my birdified self squared off against my fellow Champions Ian Somerhalder, Matt Damon, Danny DeVito, Anil Kapoor, Sonam Kapoor and the K-Pop band VIXX. Rovio tells me they counted more than 20 million game sessions totaling up to 350 years of combined playtime. The videos where we showed off our angry faces were watched more than 2 million times. And I see that I played people in 213 countries or territories, including places as far afield as the Faroe Islands, Samoa and Burundi.

Which is all great – but what about the ultimate goal of planting trees? In the physical world, all these metrics amount to 150,000 new trees in East Africa being planted for the Canopy Project. That’s not a bad week’s work.

Thanks to the teams at Rovio and Earth Day Network and the other champions for making this happen. Let’s keep up the pressure for meaningful action at the UN climate talks in Paris this November and December. And let’s stay angry about climate change, together!