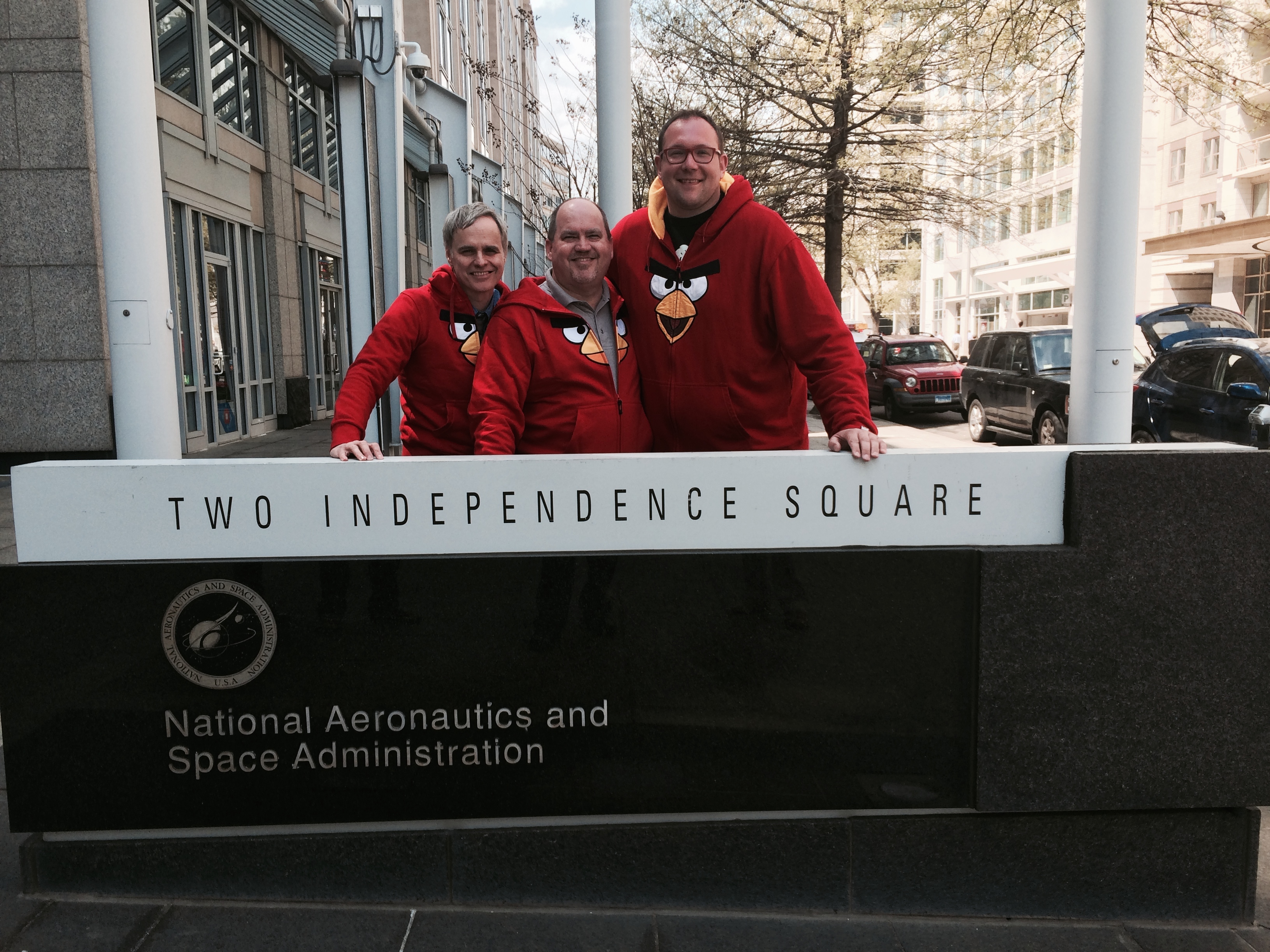 The picture above shows NASA’s Bob Jacobs and Bert Ulrich, hanging out with Phil Hickey, Rovio’s VP of Marketing, in their favorite red hoodies.

Bob Jacobs is NASA’s Deputy Associate Administrator for Communications. Basically, if you’re an Angry Birds Space fan, be sure to tweet @bnjacobs with a big “SQUAWK!”.

Hey @RovioMobile, our computers are a bit better than they were in ’69. We might be able to help you launch birds if you find pigs in space.

…And our reply to Bob might never have happened:

@NASA sounds good! It might happen in the not too distant future…

So this goes out to you, Bob. Thank you for believing in the birds!

Let’s close this out with Bob, Bert and Phil making their best angry faces: 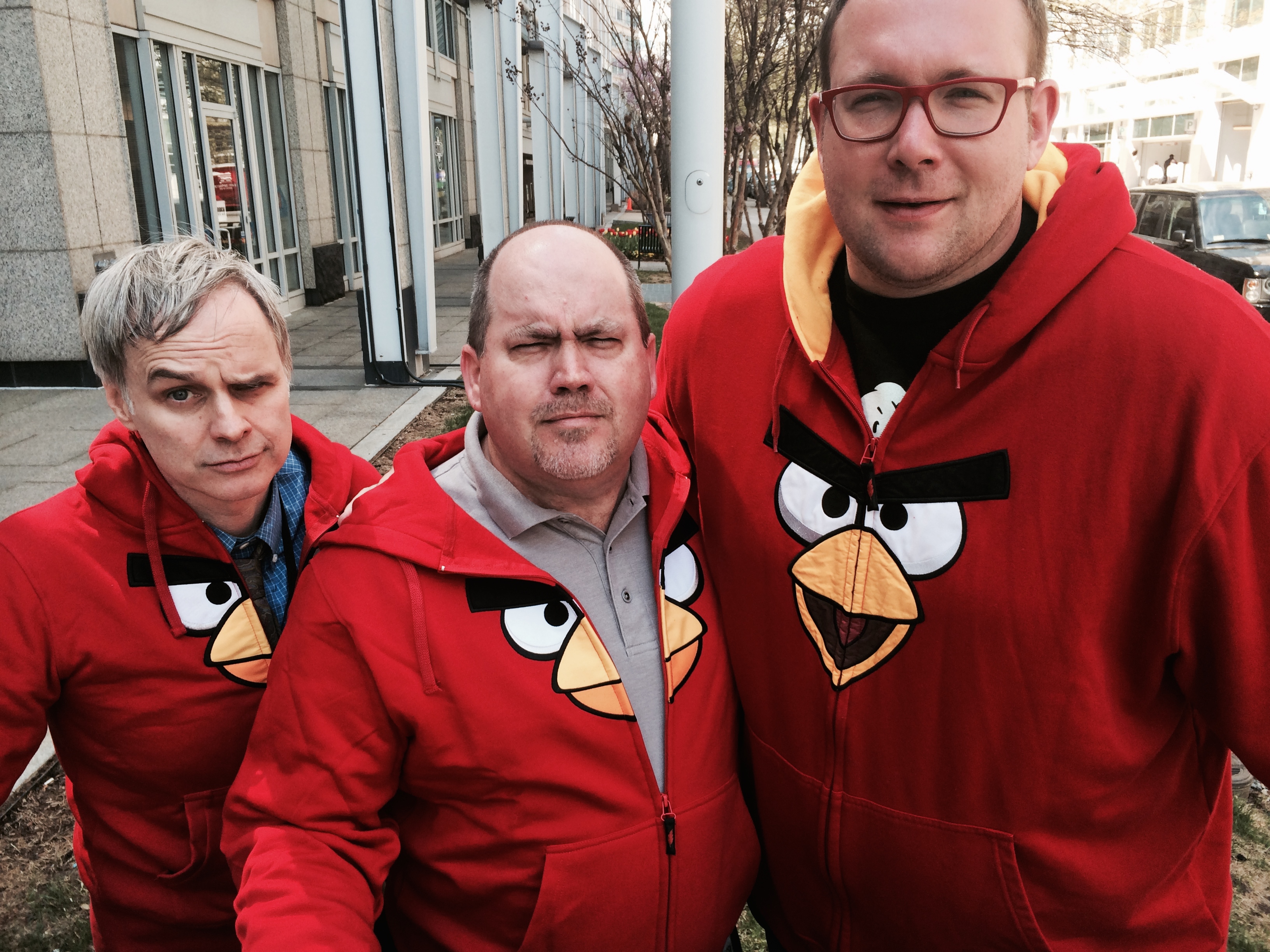 (Come on Phil, put some effort into it!)