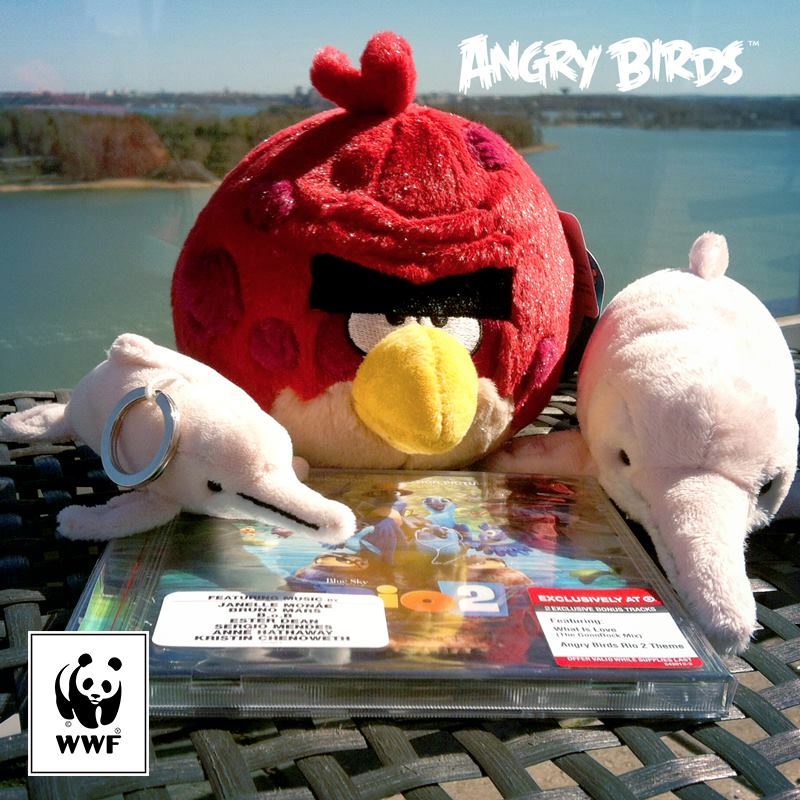 Have we got an dolpherific competition for you! If you’ve played the latest Angry Birds Rio levels, you’ll have met the pink Amazon River dolphin, and also freed a few from some cages! But did you know that these majestic creatures, also known locally as the Boto dolphin, are actually the largest river dolphin species in the world?

Well we’ve teamed up with the World Wildlife Fund (WWF) to give away some cool Angry Birds and Boto dolphin plushies, along with a few copies of the new Rio 2 soundtrack!

Just head over to our Facebook page and give us a “Squawk!” or retweet us for a chance to win!

To discover more about the amazing Amazon, its wildlife, and how you can help its conservation – take a look here.