An introduction to Angry Birds Epic

What’s up hatchlings? That’s our name for our amazing readers, we hope you like it. Why “Hatchlings”? That’s because when a bird hatches from an egg, it’s called a hatchling, and they require sustenance in order to stay – ohhh, nevermind!

Today I’m here to talk about Angry Birds Epic. For some of you, this might be the first time you’ve heard of it, and, well, that’s okay.

See, we’ve been relatively quiet about this game. Currently, Angry Birds Epic is undergoing what the industry would call a “Soft Launch” – it basically means that it’s available in just a few regions while we test it and make sure it can handle all the attention when it launches worldwide at a later date.

However, we have a shiny new blog now, where we can explain all of this in detail to our Angry Birds fans – sorry, hatchlings! – without exceeding Twitter’s 140 character limit. Yay!

Let’s get straight to it then and take a look at the gameplay trailer:

The people who have tried #AngryBirdsEpic also seem to really like it. I mean, just take a look at this tweet from @pawsupforu: 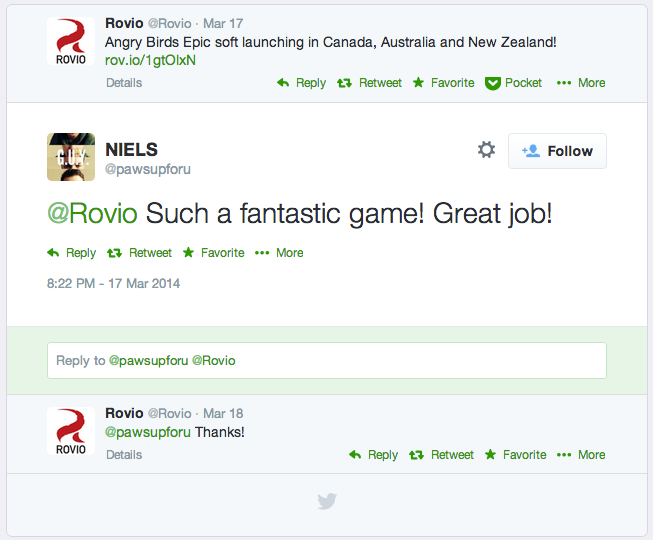 And take a look at this first look from our friends at @AngryBirdsNest:

We hope that this makes you as excited as we are for the official launch of Angry Birds Epic. Until then, stay tuned! We’ll be keeping you posted right here with all the latest news as it becomes available and, of course, keeping you posted on the release date!

Also, thank you for your patience! A focus on quality is a really important part of our Angry Birds game launches, so, while we really appreciate the fact that people are excited, we will never (ever!!) rush it!

Angry Birds Epic will be launching on Android & iOS, release date to be confirmed.